The Importance of Writing in Language Learning 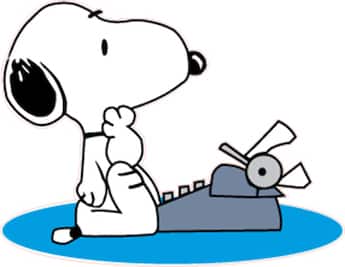 One of the major difficulties in learning a second language is living in a linguistic context that is extraneous to the language you want to learn. Every day you live, work, communicate with people who speak a language that is different from the one you would like to learn. But, if you think well about it, you will see that the process of learning the language by a child is extremely natural. The child learns by listening to the language of their parents and of the environment around him. He does not write, he does not study, he receives a varied and diversified input and slowly, making mistakes, he learns how to return the correct output.

That’s why SPEAKING, when you learn a second language, is perhaps the most important thing. It doesn’t matter how well you do that initially: attempting, trying to understand, answering back, making mistakes, are all essential steps in learning a second language.

What to do, however, when you live outside the suitable linguistic context?

Awareness of the difference between the two situations and of the difficulties you will encounter, is a good starting point. Starting from this awareness, in fact, it is possible to look for situations in which exposure to the target language is higher. Studying the language with a native speaker teacher, dealing with non-native people interested in learning the language, talking to natives where possible, watching films, listening to music, reading in the target language, are all important tools that lead to greater familiarity with the language you want to learn.

Apart from all this, however, there is a particularly important tool for improving one’s own language when living out of a suitable context: WRITING. From our point of view, writing has the function of preparing for a more conscious, fluent and accurate oral production.

When we speak, in fact, we don’t have time to think on what we want to say. Sometimes we don’t know the appropriate word and reach the goal of communicating what we meant through a periphrasis.
Other times we make mistakes. Some of these are real mistakes born from the lack of knowledge of the correct form, other times we are wrong because, although we know the correct form, for some reason we forget it and repeat an error that we make by habit.

The importance of writing in language learning

On the contrary, the written word has the advantage not only of allowing you to think more on what you want to say, it also allows you to come back to what has been elaborated, to check it and eventually to correct it.
You can search on a dictionary for the word you don’t know and learn it for the first time. The error that we make automatically by speaking, in writing leaps out and can be corrected. The error we make because we do not know that particular structure, can be intercepted and, using the many tools available on the net, also corrected.
Writing is a mediated process on which it is always possible to return, whether the correction is done by the student himself working independently, or by the teacher. It makes it possible to increase familiarity with the language and later, as a collateral benefit, it improves the oral production itself.
We therefore believe that it is particularly important not to underestimate writing when you want to learn a second language. Also, we believe that the exercise of this activity is useful starting from the first levels knowledge, when you still communicate in an elementary way.
Writing allows the comparison with yourself before of the comparison with the others. For this reason, it can be considered preparatory to the oral production. Not only writing is preparatory to the speaking, but it is also something more personal that is able to put your deepest part in touch with the new language you want to learn.